In this post, I will discuss ” what is the difference between a vegan and vegetarian diet?”.

First of all, I am the kind of person who matches 99% to the term “a vegan”. But, I don’t want to categorize myself as a vegan. I am a person who has my own feeling about things and reality as same as you have your own feeling. Nobody has the same feeling. It is natural. We don’t need to categorize ourselves because of the difference in feeling.

In the past, categorizing people with idea and feeling created conflicts over and over again. For example, different religions, different countries, different politics, different skin colors, different classes, etc. We have been insisting each other as “we are right, they are not right, and, we are better than they are.”. 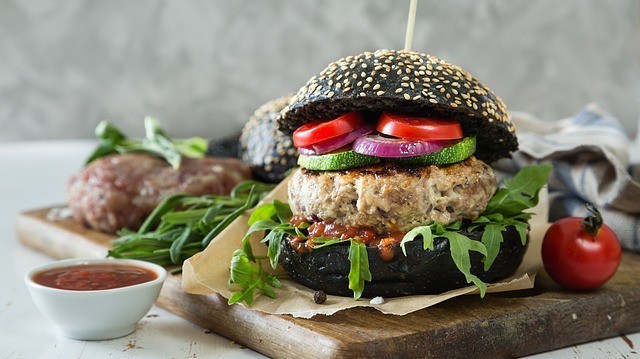 What is a vegan?

We don’t need to categorize ourselves because of the difference in diet. However, using the word vegan is sometime more convenient in real life in the US, European countries, and most of other countries. In the restaurant, it is easier to say “I am a vegan” than to explain for 3 minutes “I don’t eat this, that and those”.

By the way, in Japan the majority of people don’t know the word vegan. Everywhere I go, I have to explain. Usually, I realize that they don’t have a vegan menu.

I can say I am 99% vegan Because I am using a pair of leather sandal which my wife gave me. Although I don’t buy it, I am OK to lick honey if someone serves me. In the eyes of strict vegan people, probably I am not a vegan. But, it is easier for me to say I am a vegan in a restaurant. That is why I said as such.

Some people become vegan because they believe that an animal has the same soul as a human does. They don’t want to use an animal as a thing, commodity, or labor.

For example, the milk industry.

That means I am on a vegan diet not because of animal life value.

Then, why do I eat plants?

In fact, we are one. Eating is one way of expression of the oneness. For the process of being one, I eat them and they happily become my body. With the body which was given by plants, I live fully who I am. This is how I give back to the earth who give me all kind of needs such as oxygen, sunlight, water, and, nutrition through plants.

In some countries such as India, there are many enlighted people who don’t even eat food, they get their energy from the air and from the sun. Ultimately everyone goes to the state. Before I am at the state, I take plants growing on the mother earth as my energy source. So, I am still dependent.

But, then why I don’t eat an animal?

It is simple. I don’t feel they are offering their meat with their joy. With the synchronization, I don’t feel joyful to kill the animal and eat them. They know I don’t need their death and a piece of meat for my survival and spiritual fulfillment. I know that too. Eating them means I am against my true self, which means I am not living fully who I am. If I eat them, the resistance brings me to physically and mentally sick. All kind of sickness comes from the suppression and resistance about who truly I am.

For animals, giving her lives and meat to someone who is dependent on it is the expression of unconditional love. It is like a mother wants to sacrifice her life for saving her child. By receiving a mother’s sacrifice, the child learns how much he is loved unconditionally. Until the person realizes an animal’s unconditional love, the person will keep eating animals and animals will keep feeding him.

What is a vegetarian?

A vegetarian is a person who doesn’t eat meat or animal product.

Some people eat fish, dairy product, egg, honey, and don’t use any animal product such as beef, pork, and chicken. They are called a pescatarian, or pesco-vegetarian.

I was a pesco-vegetarian before I become a vegan. I was eating fish when someone offers to me. Each time before I eat fish, I imagined and asked myself, “can I kill a fish with my hands?” The answer was “yes”. Then, I ate. One day, the answer was “No”. So, I stopped eating them. My dependency on fish life has completed. Craving to fish meat completely disappeared.

If you eat egg, but not eating meat, chicken, fish, and dairy product, you are ovo-vegetarian.

A vegan is one kind of vegetarian who doesn’t eat and use any kind of animal-related product. Depending on the difference in preferences and feelings, there are several kinds of vegetarian.

We all have a different role in this reality. The role in the play of reality is all up to you. You can be against or suppress who really you are, or can live who really you are with your choice. What diet you choose is a practical exercise about that.

What are the benefits of a high carb diet? – High carbohydrate low fat

In this post, I will discuss the benefits of a high carb diet. There are lots of discussions going on about the topic...

How to clear acne with diet – removing toxins from your body

In this post, I will discuss how to clear acne with diet. Do you think it possible to remove acne by diet? There ...

We have been taught that cow milk is a complete food, so we should drink it every day. But, it seems cow milk and dairy ...

Why do vegans lose weight?

In this post, I will discuss "why do vegans lose weight?". If you are looking for how to lose weight, a vegan diet is...

How to get proteins for vegan diet – protein myth

When you consider going to a vegan diet, maybe you wonder how to get proteins for a vegan diet. There is a protein belie...

Is soybean good for you?