It seems lots of discussions are going on about soybean after some scientific studies are published.

Is soybean a problem for your health?

No. Actually, no problem at all.

The reason why I decided to write this post is that one lady gave me a comment on my previous post and questioned if soy is good or bad. I hope this post helps you to alleviate your fear and worry about soybean.

Does soybean really have a negative effect on cognitive function?

Is the study really trustworthy?

Based on a review paper in 2017, half of the studies found supplementation of soy isoflavone, daidzein can improve cognitive function, other half studies found no benefit.

So, actually, the effect of soybean on cognitive function is not clear. But, some blog writers love to magnify the only negative data and say soybean is bad. I don’t know why. I think they should research more and be responsible for what they write. Otherwise, people trust the writer believe the fearful information as truth. Somehow, fearful and negative information tends to attract more audience. As you know the majority of TV shows still love to show negative news and gossip to get more people’s attention.

Although isoflavones may reduce the absorption of thyroid medication, it doesn’t cause a thyroid problem.

I don’t recommend people take “extracted” phytoestrogen (isoflavones) even if a health food company claims they are beneficial for your heart, insulin level, inflammation, and blood pressure. Why? It is simply you can’t get purified isoflavones in nature. If you want to get them, you have to chemically process with other chemical substances to extract. It is not natural. And, I don’t want to feed it to my daughter. On the contrary, I happily give my daughter miso, natto, tofu, soybean sprout, and soymilk. They contain crude nutrients from superfood soybean.

I have another question for the experiment. Is the chemical compound used for the study is extracted from organic non-GMO soybean or GMO soybean? I don’t want to eat GMO soybean. Do you want to?

I want scientists to do a study with not extracted compounds but with non-GMO and organic soybean products such as tofu, soymilk, miso, and natto which you can get a variety of soybean nutrients.

By the way, there are also clinical studies finding that soy products don’t cause hypothyroidism. 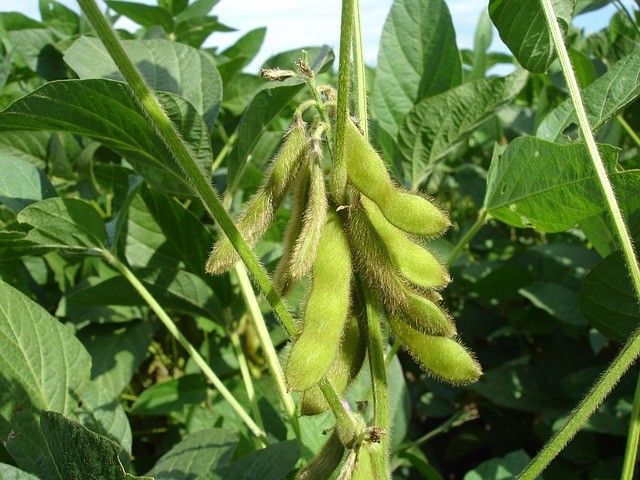 First of all, I feel the experiment cruel. How do you feel? You know, The EU countries and other 8 countries already banned animal testing. Although the study was much before the ban, still I don’t know how they decided to do this experiment. Can you do that kind of research with your hands? By the way, if you want to do research in university, you need funding. So, usually, the research needs to match the research funder’s interest. I don’t know who funded that kind of research and for what???

Let me talk more about the study.

You know, mice with human breast cancer cells will never happen in nature. And, It is also not natural that they didn’t give whole soybean foods that are rich in healthy nutrition but gave only two kinds of extracted compounds from soybean. It will never happen in nature, too. I don’t encourage people to put into your daily diet this kind of extracted compounds. It is similar I don’t want to eat purified white sugar with zero nutrient, but love to drink a cup of fresh sugarcane juice which contains crude beneficial nutrients that I can buy on a street in Taiwan. We should eat whole foods.

Not only the study above, but there also are more studies which found soybean product can reduce the risk of breast cancer. You can verify by doing a Pubmed search yourself.

I am 42 years old and became the father of a baby girl 6 months ago. I have been eating soy products from childhood in every meal. I have been a vegetarian for 9 years and a vegan for 3 years. I had no problem with my fertility.

Studies about men and women found soybean has no negative effect on reproductive health. On another study, infants who were fed with soy formula had no problem with fertility just like babies fed with cow milk formula when they turned adult.

Does soybean have a negative effect on male hormones?

Should you stop eating soybean?

You can get the best benefit through whole and crude soybeans products such as soybean sprouts, green young soybeans, tofu, soymilk, miso, natto, soy yogurt, and so on. But, I don’t recommend you to take extracted soy protein or soy isoflavones supplement. They are not in their natural form.

I also recommend checking if the soybean product is non-GMO. It is better to avoid them.

If you still fear for soybean, you don’t need to eat them. If you are interested in a vegan diet, you can get sufficient protein and nutrition from various kinds of plants. Soy is not the only plant on the planet.

By the way, I will keep eating soybean products because I love them and feel the benefit through my body. I ate tofu today too.

Here is another post which talks about soybean benefits and history.

If you have any questions or a comment, please send me a message into a box below. Thank you!

Welcome to visit my first website about vegan, "Vegan beginners". I appreciate your visiting. Thank you!! My sto...

Why being vegan is good? part 2 – Health

Why being vegan is good?  In this post, I will discuss the health benefit of a vegan diet. There are many health bene...

In this blog, I am going to discuss whether or not the shampoo is vegan. There are many vegan shampoos on the market ...

What is the cause of lactose intolerance?

In this post, I will discuss what is the cause of lactose intolerance. First of all, our body knows what it needs exactl...

How to get proteins for vegan diet – protein myth

When you consider going to a vegan diet, maybe you wonder how to get proteins for a vegan diet. There is a protein belie...

Why do vegans lose weight?

In this post, I will discuss "why do vegans lose weight?". If you are looking for how to lose weight, a vegan diet is...
Is soybean good for you?
Why we shouldn’t drink milk? | Milk myth